The top 10 health benefits of CBD

Over the past couple of years, research on CBD has focused on an ever-increasing number of conditions. From joint pain and insomnia to skin problems and mental health, CBD is being presented as an alternative treatment for dozens of medical problems. But far from being a simple fad, the wide-ranging effects of CBD are solidly based on science. So what is CBD used for? Here are the top 10 health benefits of CBD, and the research that backs these claims. 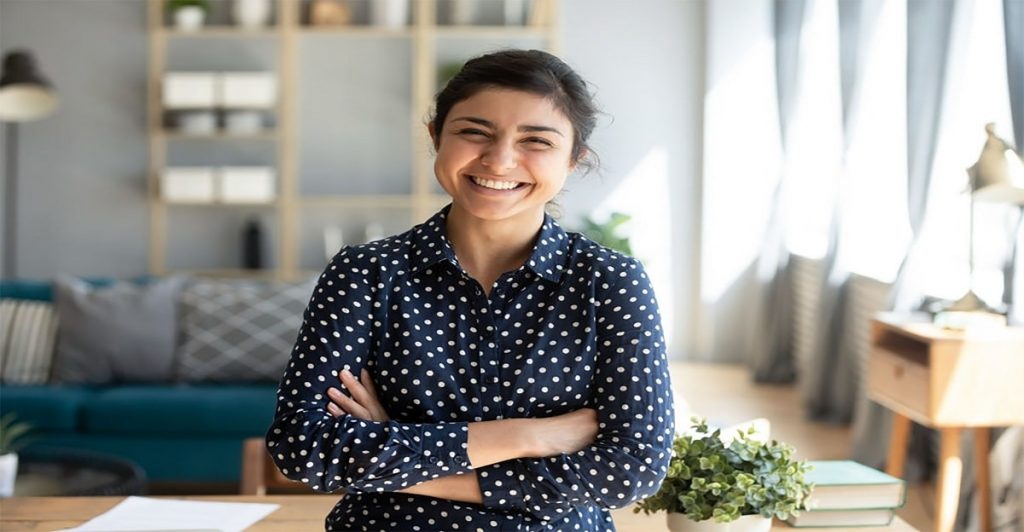 The growing popularity of CBD can be attributed in large part to its anti-anxiety effects. Stress and anxiety are mental health problems that are closely associated with the modern pace of life. Not only do they create daily discomfort, the stress hormones they release have also been linked to things like hormonal imbalance and greater rates of inflammation. So studies like this one that show how CBD can help people to stay calm even in stressful situations give us hope for a natural cure for anxiety.

Medical cannabis has been known as an effective treatment for epilepsy for years. Recent research has shown that CBD could be just as effective as full-spectrum cannabis in preventing seizures, providing a useful alternative to the psychoactive drug. Today, CBD is already being used by thousands of children and adults with epilepsy, as a way of preventing future seizures.

Arthritis is an incredibly painful and common inflammatory condition that affects the joints and cartilage. Because CBD treats both inflammation and pain, it has been found to be an effective remedy against different sorts of arthritis. Studies have focused on its use either as oral medication or as a topical medication. The results? In both cases, CBD managed to lower joint pain and markers of inflammation. More clinical research is needed, but CBD could well be the next big thing in arthritis treatment and prevention.

As a substance with powerful anti-anxiety effects, it’s no wonder CBD can also help you sleep better. In a 2019 study, patients who took CBD reported sleeping better and longer than those in the control group. Given the risks and side effects associated with taking traditional sleeping pills, CBD could prove to be a great alternative cure for insomnia. And it doesn’t just help you fall asleep. A 2014 study found that taking CBD could improve the quality of sleep by preventing disruptions during REM cycles. Faster sleep, deeper sleep, better sleep… when it comes to sleep problems, it seems like CBD does it all! 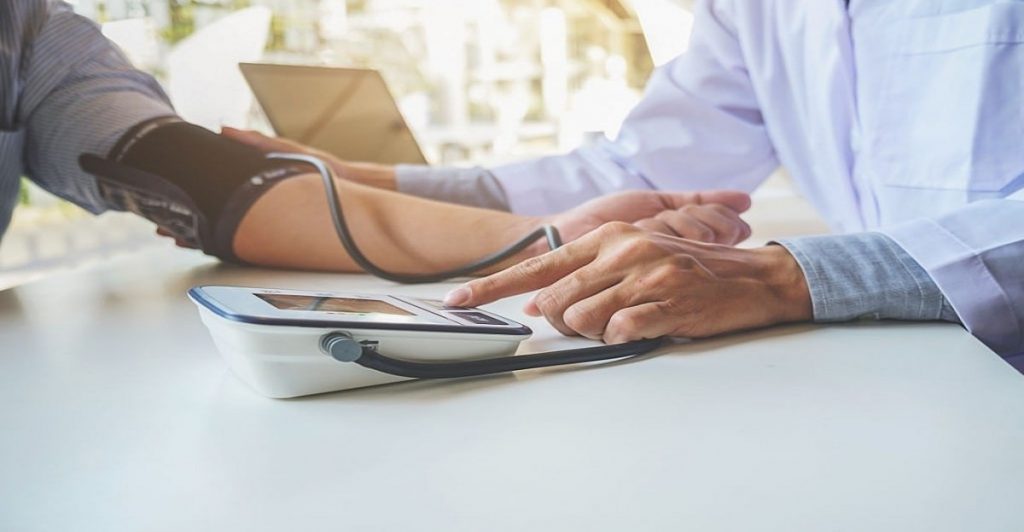 High blood pressure is an incredibly common problem facing the Western world and its aging population. Increasing risks of heart disease, stroke, and kidney failure, it’s one of the greatest public health issues of our time. Fortunately, it seems that CBD may be able to lower blood pressure by relaxing blood vessels and fighting stress. As a long-term treatment, it’s one of the newest and most promising alternatives to traditional blood pressure drugs.

Crohn’s disease is a painful inflammatory condition that affects the digestive tract. Over recent years, studies have showed that the anti-inflammatory and painkilling effects of CBD could provide relief for Crohn’s disease sufferers. Not only could it deal with symptoms of the condition itself, it could also treat some commonly associated symptoms, such as arthritis and nausea. Overall, it’s a powerful, holistic way of approaching this incurable condition, and one that’s also safe in the long term.

CBD seems to be doing well with a number of incurable diseases like Crohn’s, Alzheimer’s, arthritis and even Parkinson’s. While it does not offer to reverse the effects of these conditions, it allows people to live a better life with them. In the case of Parkinson’s, CBD could improve the motor impairment of sufferers, relieve them from psychotic symptoms, and prevent flare-ups, a recent review showed. Being relatively safe, CBD can be a good complementary therapy to existing treatment, and even help reduce the need for some particularly dangerous medicines.

The treatment of depression has made remarkable advances over the past few decades. Nowadays, people have the choice between a number of different treatments, including different forms of therapy and medicine. And as it turns out, CBD might also be another option. With the ability to reduce anxiety, promote better sleep and improve serotonin reception, it can be a powerful antidepressant. While its effects on mental health are still under-researched, CBD appears to be a safe and effective way to treat psychological issues, and can provide some relief to those with depression, anxiety and even PTSD or psychosis.

Recent studies have found that CBD could help protect the brain from cognitive decline. In a 2014 experiment conducted on mice with Alzheimer’s, those who were given a dose of CBD were better protected against memory loss. At the end of the experiment, they had better scores of fact retention and facial recognition. 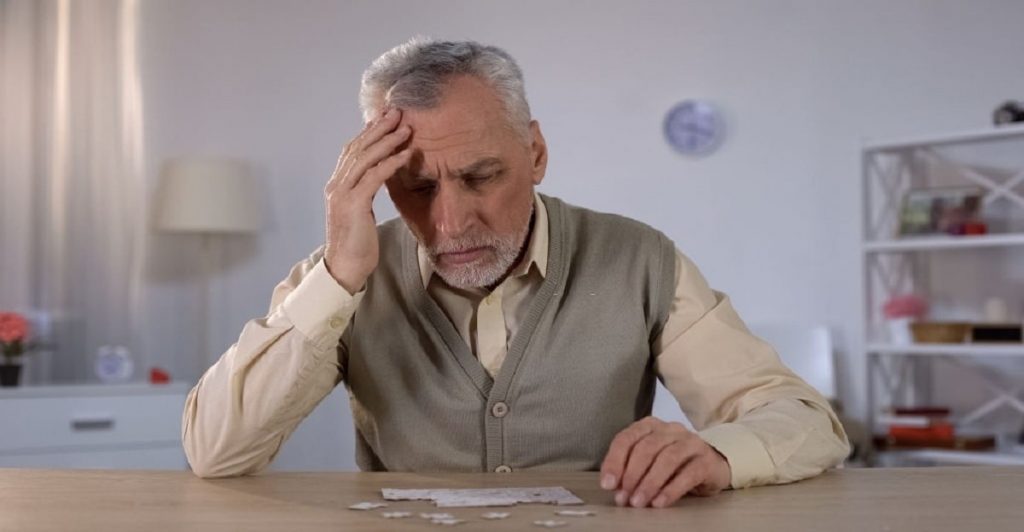 In other words, CBD was shown to slow down the effects of Alzheimer’s. A 2017 review of existing literature on the subject found that CBD could be considered a way of treating Alzheimer’s disease and dementia. Cognitive decline is one of the scariest aspects of aging, but CBD provides hope that it may not be inevitable.

One of the best-known effects of cannabis that is now being attributed to CBD is its role in fighting nausea. A 2011 study found that CBD could suppress vomiting and offer relief by acting on the endocannabinoid system. This could be very good news for those who frequently suffer from nausea, such as pregnant women, people with Crohn’s disease, and certain types of cancer patients. And did you know that one of the newest uses for CBD is for pets? Available in the form of dog or cat treats, CBD chews can be used to reduce nausea in sick animals as well as humans.

Can CBD treat anything? It sometimes seems like it. In fact, CBD simply works on our endocannabinoid system, which regulates a huge number of things, such as pain, nausea, inflammation and stress management. As a result, taking CBD can improve many symptoms at once. This makes it an effective treatment for a number of conditions, and the list just keeps on growing. Chances are, many other health benefits can be added to this list in just a few years’ time. So stay tuned to the latest advances in CBD-based treatments, as this compound is one to watch!

CBD products that contain trace amounts of THC (less than 0.3%) are now legal on a federal level in the United States. However, they are not FDA-approved, and may still be illegal in certain states. Check your local laws before making a purchase.

Was this article helpful? 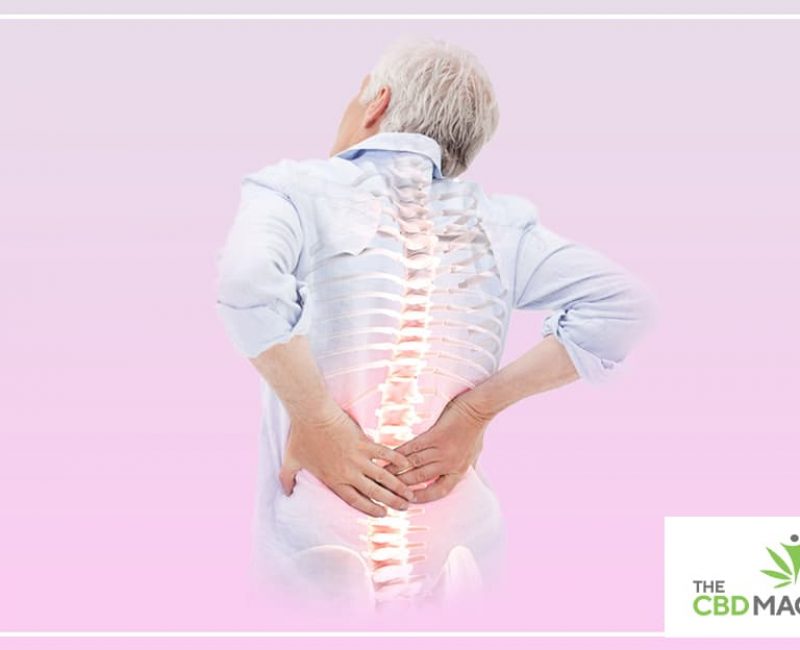 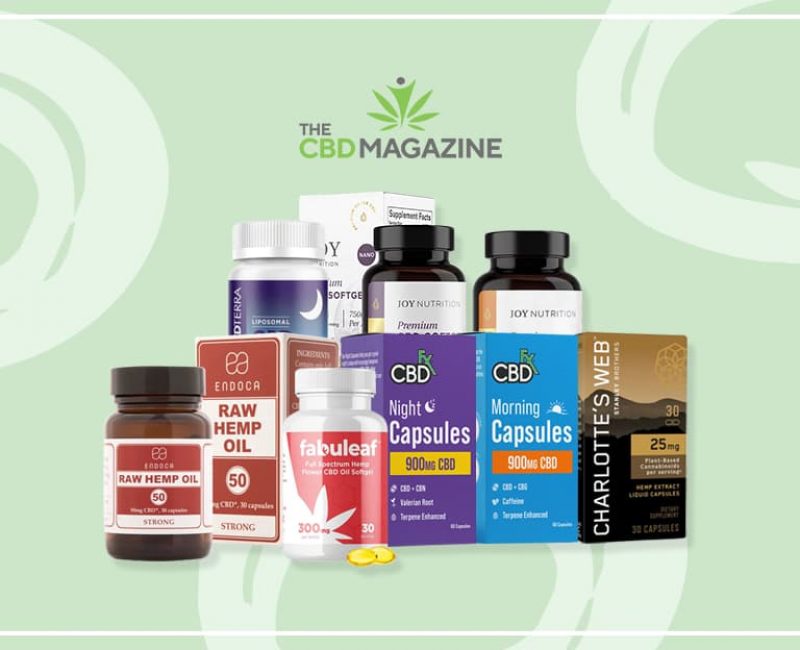 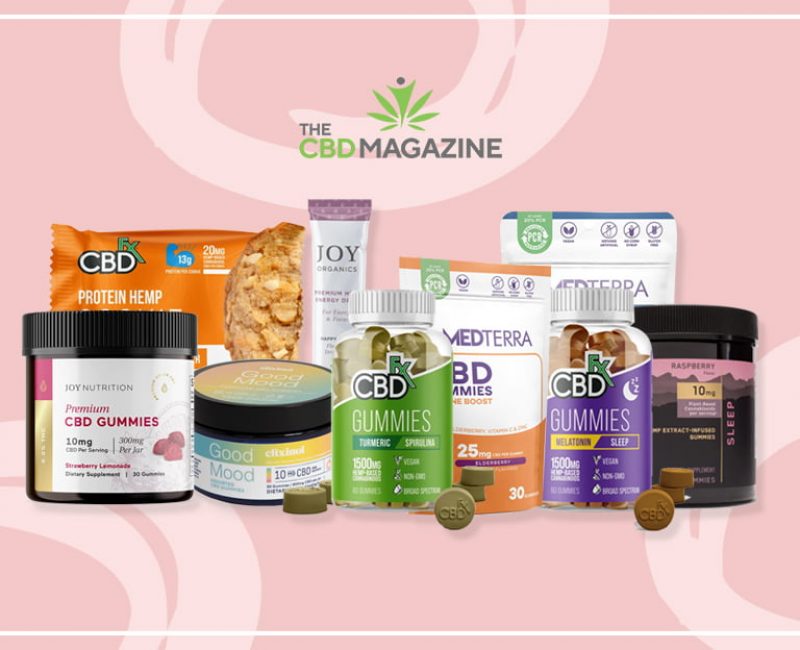 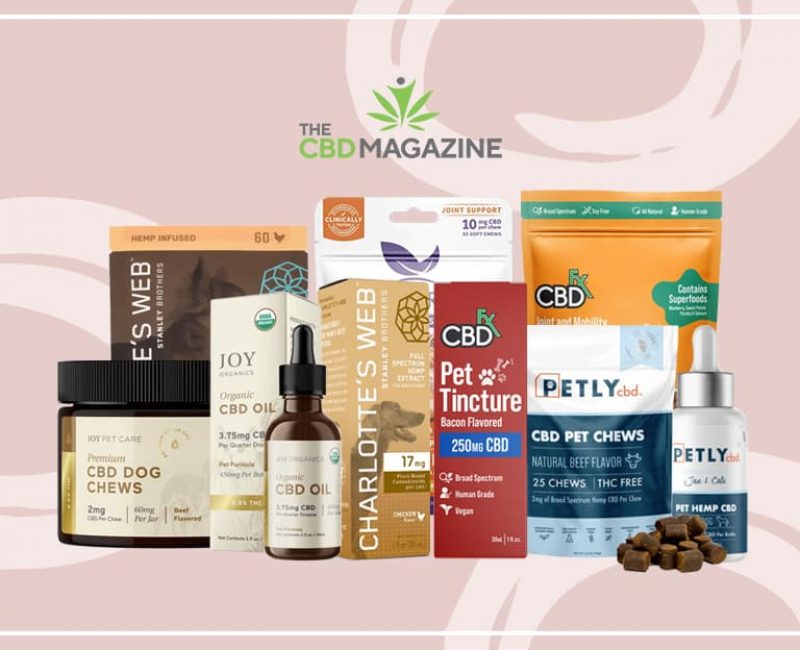 The Best CBD for Pets 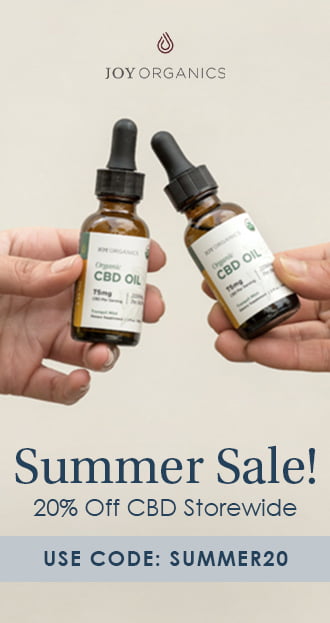 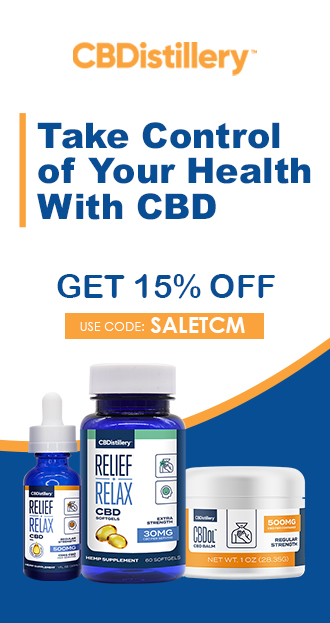 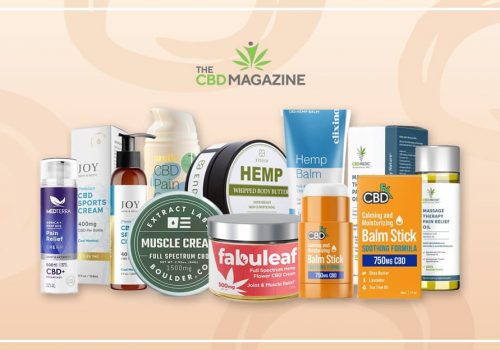 As more and more people find out about the benefits of CBD, we’ve also seen a growing number of products arriving on the market. Today, taking CBD doesn’t only… 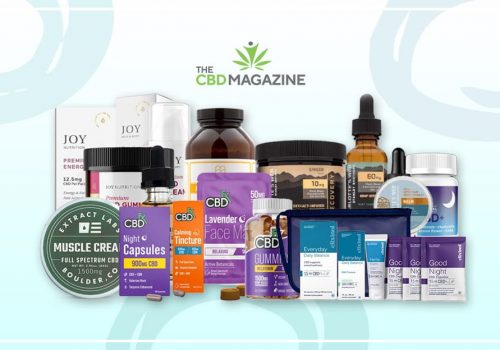 Whether you’re someone who uses CBD a lot or someone who wants to try out different best CBD products online to see what you like, buy CBD bundles online… 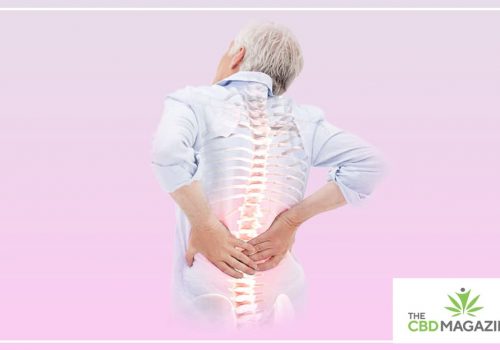 As we get older, bone injuries and fractures become more common. This is because our bones get weaker and more brittle with age. Although it is a common process,… 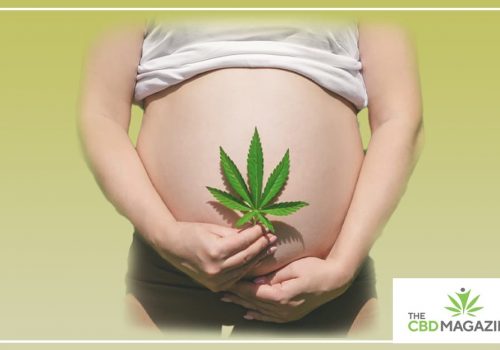 Can you use CBD while pregnant?

Scientists recommend against using marijuana—even medical marijuana—during pregnancy. That’s because THC has been found to have a negative impact on the fetus. Unfortunately, we don’t know a lot about…

I’m Here To Assist You

Feel free to contact us, and we will be more than happy to answer all of your questions.